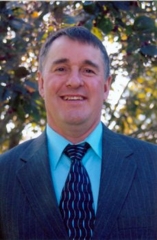 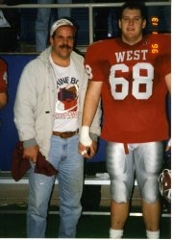 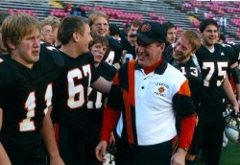 Cal was born on March 30, 1955 to Marvin and Gladys Tackes. He grew up in Kewaskum, Wisconsin and graduated from Kewaskum High School in 1973. During high school Cal participated in football, wrestling, and track. Being involved in sports gave Cal the motivation to go on to college.

After graduation, Cal enrolled at the University of Wisconsin-Stevens Point where he participated in football for one year and wrestling for four years. Cal earned four varsity letters in wrestling and captained the team his senior year.

Upon graduation from UWSP, with a Secondary Education Degree, in 1977, Cal continued to pursue his passion for sports. Picking up a minor in coaching allowed Cal to pursue teaching and coaching positions. In January of 1978 Cal was offered a teaching position at Stratford Junior High in Stratford Wisconsin. Tackes was hired to teach Social Studies and coach the high school wrestling team.

Once established in Stratford, Cal never saw the need to go anywhere else. For thirteen years he continued to be the head wrestling coach, while also putting in a stint as a track assistant. In the fall of 1979 Cal was offered an assistant football coaching position on the staff of Hall of Fame coach, Tom Knauf. For the next ten years Cal helped develop some outstanding Stratford football teams, including Stratford's first State championship squad in 1986.

In 1989 Cal accepted the Head Football Coaching position at Stratford. In 21 years Cal's Stratford teams have compiled a record of 213 wins and 38 losses. Included in that total was a 46 game winning streak and a State record of 6 straight State Championships. His Stratford teams have won 12 conference titles and they have been to the playoffs 20 times in the last 21 years. Stratford has not had a losing season during Cal's tenure. In 2004 Cal was selected to be the head coach of the North All-Star football team and in 2006 he was selected as the Wisconsin High School football Coach-of-the- Year. In 1997 Cal also assumed the role of Athletic Director at Stratford and he continues to enjoy coaching and teaching at the high school level.

Cal wishes to thank all of the outstanding players and coaches who have worked so hard to put Stratford football at the head of the class.