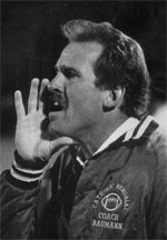 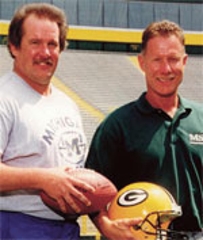 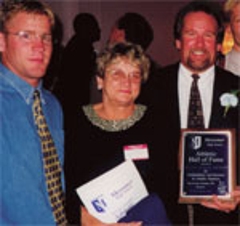 Ed’s passion for football goes back to his playing days at Messmer High School in Milwaukee Wisconsin from 1966- 1970 where he was inducted in their Hall of Fame in 1999.  He then attended St. Norbert College where he lettered all four years and started every game as right guard for his first two years and right tackle during his last two years.

He also played baseball for St. Norbert’s and lettered all four years as their starting catcher. He was All Conference his last two years and Captain of team during his senior year. He attended college on a football and baseball scholarship.

After graduation, Ed began his career in law enforcement and in 1975 joined the Village of Pewaukee Police Department as a Patrolman.  He moved up the ladder very quickly becoming a Sergeant, a Lieutenant and in 1984 being promoted to the Chief of Police, a position he still holds today.  In 1997 he was named the Man of the Year by the Pewaukee Chamber of Commerce.

His coaching career started in 1978 at Catholic Memorial High School in Waukesha Wisconsin where he started as the Assistant Offensive/Defensive Line Coach and in 2000 became the Defensive Coordinator for the team.