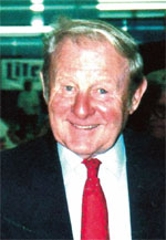 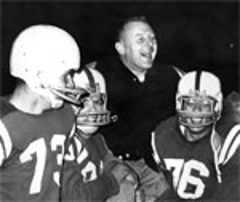 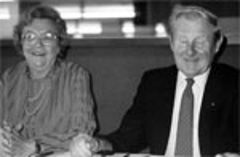 Marv, born in Bessemer, Michigan on August 6, 1919 was orphaned as a young boy and moved to Superior, WI. Marv graduated from Superior High School in 1938 where he played football under legendary coach Harry Conley.

Crowley continued to play football at Superior State Teachers College under Coach Ted Wherreatt. He left school during WWII to attend officer's training school at the Great Lakes Naval Training Station in Illinois. He served as a naval officer and upon returning from service overseas served in the WI Army National Guard for 23 years, retiring as a Major. After the war Marv completed college and taught history in Wausau, WI. Here he became assistant football coach under Hall of Fame Coach, Win Brockmeyer 1947-48.

In the 1950's he returned to Superior, WI to take a position as history teacher at Superior Central High School and became assistant coach under Harry Conley. He went on to become head coach of Superior Central in 1951, a position he held for 14 seasons.

Throughout his career at Superior Central he amassed 89 wins 29 losses and 5 ties. He achieved 3 undefeated seasons in 1957, 1958, and 1964 and held 2 High School State Football Championships. He also won 6 Mythical Twin Ports Championships (Duluth/Superior) voted on by sports writers in 1957, 58, 61, 62, 63 and 64. During his career Marv coached several outstanding players including Doug Sutherland, Leonard Leggate, Don Kruger, Karl Kunz, and Don Van Bibber, Lyle Skandel and Bob Olson, (Notre Dame). He also sent 5 players to University of Minnesota, 2 to Wisconsin, one to Northwestern and one to Indiana. Having an independent schedule he arranged games against such Hall of Fame coaches as John Vucinovich (MN), Phil Letourneau (MN), Butch Larson (MN), Win Brockmeyer (WI) and Gordy Schofield (WI).

Marv was Athletic Director for 20yrs. and Assistant Principle for 3 yrs. He retired in 1985. In 1990 he was inducted into the Superior Athletic Hall of Fame.

Marv's dedication to youth sports extended to baseball and hockey. He initiated little league baseball and Pee Wee hockey in order for the young athletes to become more competitive as they reached high school age.

Marv married Delores Westlund in 1944 and had one son, Dr. Timothy Crowley, a dentist, (wife Lynn) and 3 grandchildren, Ann Marie, Jamison and Kelly. Upon retirement he became active in the Superior Chamber of Commerce. He and Delores moved to Mesa, AZ and he remained active until his death in 1999.