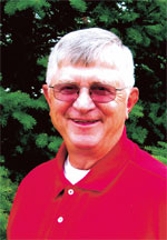 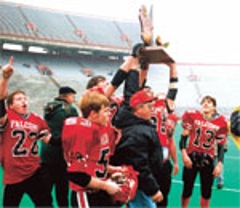 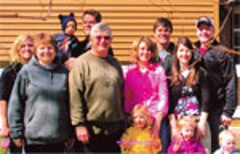 Darrell Gago was born in Phillips, Wisconsin on December 17, 1948 to Andrew and Mary Gago. He graduated from Phillips High School in 1967 where he played football, wrestling and track and field. He was elected team captain of the football team his senior year of high school. Darrell's high school football coach Clarence Lacina convinced him to attend U.W. Superior where he played football and wrestled his freshman year. He later transferred to U.W. River Falls in 1978 here he received a degree in Agricultural Education.

Darrell's first teaching and coaching job came at Flambeau High School in November of 1978 where he coached football, wrestling and track. Darrell's football coaching career included 7 football conference championships, 13 playoff appearances and a Division 6 State Championship in 1997. He was also head coach of the North Squad of the Shrine Bowl in 2003. Darrell was WFCA District III Coach of the year in 1996, 1997 and 1999.

Some of Darrell's most memorable football coaching moments include winning a state title with his son Troy playing  quarterback and free safety and his son Chad on staff as an assistant football coach. His daughter Ashley was a manager, his wife Diane was filming and his daughter Nikki cheering. It was a total family affair.

Darrell considers Jim Leonhard one of the best athletes he has ever coached who walked-on at U.W. Wisconsin before earning All-American honors and followed that up by starting for the Buffalo Bills, Baltimore Ravens and New York Jets.