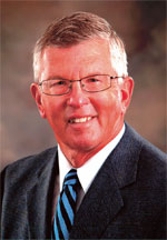 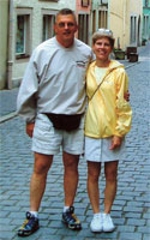 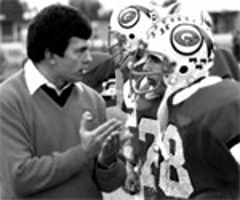 Jim was born in Port Washington, Wisconsin on June 5, 1950 to Earl and Helen Kehoe. He graduated from Grafton High School in 1968, where he played football and was elected co-captain and selected to the Scenic Moraine All- Conference team on Grafton's 1968 conference championship team.

Kehoe continued playing football at the collegiate level for one year at UW–La Crosse. While at La Crosse he got his first football Coaching job as a Junior Varsity assistant at Bangor High School in 1972.

Upon graduation from La Crosse, Kehoe was hired by the Grafton School District as a Physical Education Instructor. In 1974 Kehoe was hired as a Freshman Assistant Coach and in 1975 was given his first varsity job as a Defensive Back Coach under Kip Cramer. Kehoe remained with Coach Cramer through the 1987 -88 Football season. During that period Grafton had a record of 106 wins and 24 losses. Included during that period Grafton won 6 Conference Championships, played in 5 State play -off appearances winning Back - to Back State Championships in 1981 &1982 and finishing Runners-Up in 1977 & 1984.

In 1989 he moved on to Concordia University where he was named Defensive Backs Coach under Coach Courtney Meyer. In 1989 Concordia's defense was the # 1 rush defense and # 2 Overall defense in N.A.I.A. Div. n. In 1990 under new Head Coach Jeff Gabrielsen CUW finished ranked 10th in the nation and made the school's first National Play-off appearance against Pacific Lutheran. Kehoe's Secondary was ranked in the top five in N.A.I.A. Division II that year. Kehoe remained at CUW through the 1992-93, football season. He later came back to CUW under Jeff Gabrielsen from 1997 - 2001 and under present Head Coach Gregg Etter in 2009 where he is still presently Assistant Defensive Backs Coach. Kehoe's overall record at Concordia is 61 wins and 36 losses.

In between coaching stints at Concordia, Kehoe coached at West Bend West, Cedarburg and came back to Grafton under Head Coach Mike Bortolotti. In 36 years of coaching at the High School and Collegiate levels Kehoe has accumulated 205 wins and 99 losses. In 2006 Kehoe was awarded his WFCA 30 Year Service Award.