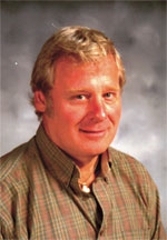 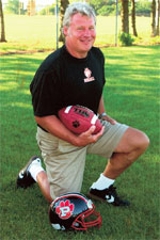 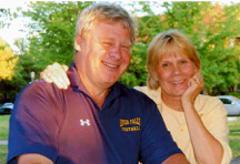 Carlos was born January 17, 1949, in Winona, MN, to Edwin and Phyllis Kreibich. He graduated from Alma Public Schools in 1967. He participated in football, basketball, and track-lettering in football and track all 4 years. Carlos was captain of the football team his senior year, as well as earning All Conference and All District Honors his junior and senior year. Lynn Iverson was an outstanding mentor as Carlos' football coach at Alma.

Carlos attended U. W. River Falls and graduated in 1971 with a BS degree in Elementary Education. He played football at River Falls, starting and lettering his sophomore through senior years. As a senior, he was named captain and earned the Outstanding Blocker Award. He was fortunate to be part of Mike Farley's first year of coaching at River Falls.

In 1971 Carlos was hired to teach middle school social studies and math at Elkhart Lake-Glenbeulah. Carlos received an MS degree in Curriculum and Instruction from U.W. Oshkosh in 1982. Along with his middle school teaching duties, he accepted the role of assistant principal. He initiated the girls' basketball program at the middle school and coached both the girls' and boys' middle school basketball teams. For 32 of his 36 years at Elkhart Lake-Glenbeulah, Carlos was the varsity football defensive coordinator. His defensive teams were ranked number one in the conference several times. The Resorters qualified for the playoffs 5 times. In 2006 Carlos coached varsity defensive line for the Plymouth Panthers who won a conference championship.

After retiring from teaching, Carlos volunteered and coached varsity defensive line in 2007-2008 for the River Falls Wildcats, who qualified for the playoffs both seasons. During his coaching career he was able to coach with three WFCA Hall of Fame coaches: Jerry Griffin, Tom Carroll, and Doug Hjersjo.

Carlos played semi-professional football in the Central States League. In 1971 he played offensive line for the Sheboygan Redwings and in 1973-1974 he played for the Manitowoc Chiefs under Coach Marty Crowe.

Carlos would like to thank his wife Ruth and two daughters, Katie and Mollie, for their support and words of encouragement throughout his coaching and teaching career. His family has and always will be the cornerstone of his life. Thanks also to all the GREAT players and coaches with whom he was fortunate to work. They are truly what made coaching football a rewarding, positive, and FUN experience.