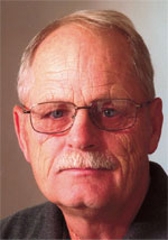 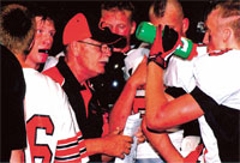 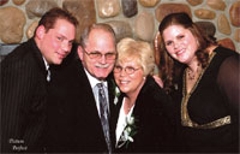 Lee was born in York, Pennsylvania on December 31, 1945 to Arthur and Ruth LaFlamme. He graduated from Wilmot Union Free High School in Wilmot, Wisconsin in 1964 where he participated in football, wrestling, and track.

Upon graduation from the University of Wisconsin- Stevens Point in 1969, LaFlamme began his teaching and coaching career at Stanley-Boyd High School in Stanley, Wisconsin. Lee taught Biology and Driver Education for 30 years. He finished his last 8 years at Stanley-Boyd as the high school dean of students. Lee also had the opportunity to serve as the athletic director for fifteen years.

During Lee’s 41 years of coaching football at Stanley-Boyd the Orioles have qualified for the state playoffs 20 times. They won state championships in 1991 and 1995 and were state runner-ups in 1977,1986, and 1996. The Orioles have also won 17 conference championships during that period. Lee thanks all of the Stanley-Boyd players and coaches for allowing him to be a part of their football lives. I am proud to have served under the guidance of my head coaches: Gene Hatfield, Mike McDaniels, Jim Brinker, Earl Larson, and Jeff Koenig.

Lee is proud to have had the opportunity to coach both of his children and he thanks his wife for her 41 years of support and dedication to his coaching career.