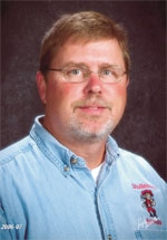 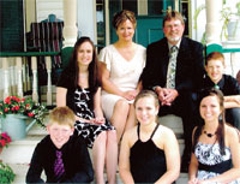 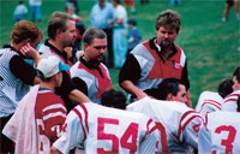 Scott was born in 1957, the oldest of Duane and Arlene Matye. Brothers Brian, Mark and Sister Jan were all involved in sports in both high school and college. Scott lettered 14 times in four sports at Osseo-Fairchild High School, playing football for his Hall-of-Fame Father, Duane and basketball for Harold Mulhern who is in both the football and basketball coaches Halls of Fame.

Scott earned his Bachelor's of Science Degree in 1981 from the University of Wisconsin-Stout, where he lettered in football. He will receive his ME-PO from the University of Wisconsin-La Crosse in May, 2011. While at Stout, Scott was also assistant football coach and assistant women's track coach. In 1981 he became the head women's track coach at Stout where he had the privilege of coaching two All-American athletes. In the fall of 1981, he went to Lake City High School in Minnesota where he was an assistant football coach and head boys track coach.

From 1982-1990 Scott was at Scales Mound, Illinois where he was an assistant football, basketball and baseball coach and athletic director. In 1983, under the direction of Bob Knight, Benton and Scales Mound formed the first cross state co-op in the nation.

In 1984 Scott accepted the head football-coaching job at Shullsburg High School where he has coached for 27 years with a 150-113 record at one of the smallest schools in the state to offer football on their own. In 1991 Scott accepted a teaching position at Shullsburg where he currently is employed. He is also the Athletic Director and has served in the past as both boys and girls assistant basketball coach. Scott is an EMT with the Shullsburg Rescue Squad and is past president of the St. Matthew Lutheran Church Council, Scales Mound Education Association and the Shullsburg Education Association. He is on the Historical Compliance committee for the City of Shullsburg and was the Park and Recreation Director for 5 years. Scott also represented District 15 of the WFCA for sixteen years.