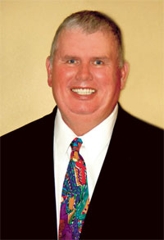 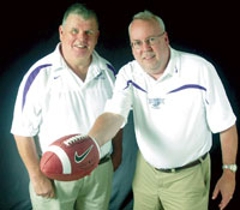 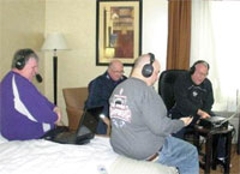 36 year veteran of sports broadcasting and marketing. Known as "Voice," Pattison has broadcast UW-Whitewater football since 1988. Was inducted into the UW-Whitewater Athletic's Hall of Fame as a distinguished citizen this past October.

Tom attended Durand High School at a time when the Panther football team was ranked No. 1 in the state in the – then -- small school division in 1967 and 1968 on the way to a 33 game football win streak under legendary WFCA Hall of Fame Coach Pete Adler.

Pattison’s high school football broadcasting career was highlighted by having the press box in Mondovi hit by lightning causing our broadcast equipment to virtually melt one Friday night.  The game was the only game still being played during the lightning storm. Our engineer said he couldn’t understand why I was not electrocuted.

After graduating from Durand High School, Tom attended UW-Eau Claire prior transferring to Brown Institute of Broadcasting in Minneapolis in 1973 where he received his degree in broadcasting.

Pattison broadcast high school football for over a decade prior to his move to WFAW in Fort Atkinson. Tom’s resume includes a number of stops over much of the country.  From his hometown of Durand, Wisconsin to Ashland, Wisconsin to Bozeman, Montana to Staunton, Virginia and finally to Fort Atkinson’s WFAW.

Voice was also the "voice" of the Goetz (Gets) Radio Network's Green Bay Packer "Titletown Report" for seven years from 1996 to 2002.

Pattison is currently the owner and publisher of Warhawkfootball.com.