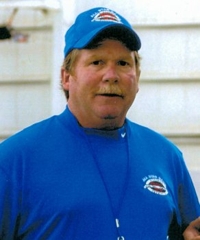 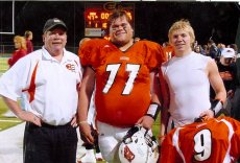 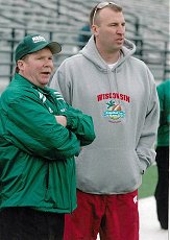 Chris was born in Milwaukee, Wisconsin on June 25, 1954 to Jim and Jayne O'Connell. He graduated from Mukwonago High School in 1972, where he lettered in football and track.

During Coach O'Connell's career at Regis, the Ramblers won 4 State Championships: 1992, 1993, 1999 & 2003 and a State Runner Up Title in 2002. The Ramblers qualified for the state playoffs 11 times. Chris was the head coach for the North All-Star Team in 2008 and an assistant coach in 2004. During his 18 years with the Ramblers, he helped build on a tradition of excellence, teamwork, and having fun.

Coach O'Connell was blessed to have coached many great young athletes. He was always proud of their accomplishments on and off the field.

Four Hall of Fame Coaches who had a positive impact on his coaching career were Marty Crowe, Geno Golden, Link Walker, and Dick Rundle.

Chris married his wife, Cheryl in 1984 and they just celebrated their 25th wedding anniversary. They have 2 sons, Ryan and Mike, who both played for their father at Eau Claire Regis. Coaching his two sons was one of the highlights of his coaching career. Each was named to the All-State football team and played in the WFCA All-Star Game.

Since retiring from high school football, Chris has continued his love of the game by coaching a local amateur football team. A special thanks to and the WFCA for this tremendous recognition.