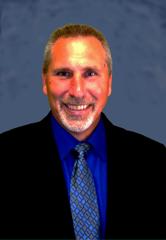 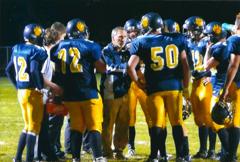 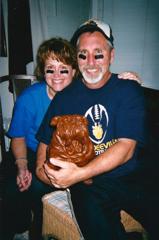 Michael was born to Marvin and Elizabeth Haynes on September 13, 1956.  He was raised in Wyocena, Wisconsin and graduated from Pardeeville High School in 1974 where he lettered in football, basketball and baseball.  In football, he played for Hall of Fame Coach Bob Bostad.  Michael attended Taylor University, earning four varsity letters as a defensive back, and then continued his career, playing three more years for the Anderson Packers of the Ohio/Indiana Semi-Pro League.

Michael began his career working with inner-city delinquent youth in South Bend, Indiana where he completed his Master’s degree in Counseling. He began his education career as a guidance counselor at Cambria-Friesland Schools in 1984. While at Cambria-Friesland Michael served as offensive coordinator under Hall of Fame Coach, Jim Bylsma.  He had his first head coaching opportunity in 1994, returning to offensive coordinator the following year for the State Runner-up 1995 team. Michael was also head wrestling coach at Cambria-Friesland for 14 years. His leadership produced 24 conference champions, 44 sectional qualifiers and 6 state place winners.
In 1998 Michael was hired as head football coach and guidance counselor at Pardeeville High School. In his 14-year tenure as a head coach, his teams have compiled a record of 110-36 with 8 conference championships and 13 playoff appearances.
Michael has been a member of the WFCA his entire 26-year career, being named District Head Coach of the Year in 1999, 2005, 2007 and 2009. He served as a WFCA Conference Rep from 2000-2007 and District Rep from 2008-2010. He was also chosen as an assistant coach for the 2005 Shrine All-Star game and then as head coach for the 2009 WFCA All-Star Div. 4-7 South Team.
In 2003, Michael founded the Pardeeville Bulldog Support Foundation where he has served as president from its inception.  To date, this organization has raised funds in excess of $1,000,000.00 to achieve the following goals:  Build a new football/track stadium, baseball and softball complex, physical education/youth football fields and provide scholarships to graduating seniors. The Foundation is currently developing plans to work in partnership with Pardeeville Schools to build new facilities for the fine arts.