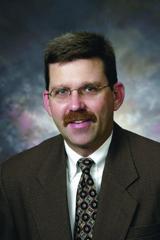 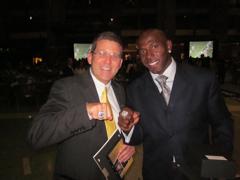 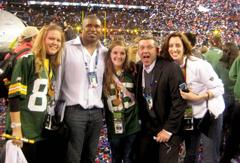 Danny was born in Statesville, N.C on May 16, 1961 to George and Reba Mock. He made stops at grade schools in Tennessee and Kentucky prior to attending Gilbert (AZ) High School while growing up in the Phoenix area.

He graduated from Duluth (GA) High School in 1979, where he lettered three times for the basketball team and also was member of the Cross County and Baseball teams. During his sophomore basketball season, Mock was a teammate of 1980 Heisman Trophy winner George Rogers, who later would go on to star in football at the University of South Carolina and play seven seasons in the NFL. Mock also was elected team captain in basketball for his senior season, leading the school to the state quarterfinals.

After high school Danny attended Abraham Baldwin Agricultural College in Tifton, Ga., studying turf management and business.
Danny gained his first NFL experience as a member of the Atlanta Falcons’ grounds crew from 1980-85. In addition to his duties on the field, Mock served as a film assistant from 1983-86. Following three seasons in the film department, the NFL moved to video and was promoted to assistant video director by the Falcons in 1986.
After serving two years in that capacity, he turned to the player personnel side of football. For the following nine seasons (1988-96), he worked as the administrative assistant in the Falcons’ player personnel department.
During the years working in film Danny had stints shooting high school coaches film for Brookwood (GA), North Gwinnett (GA) High Schools and continued shooting coaches video for Marist (GA) High School until 1997. During those years with the Falcons he also organized the HS Coach of the Week program for the franchise.
Mock headed north when he was named the Packers’ college scouting coordinator by then-Executive Vice President/General Manager Ron Wolf on June 28, 1997 and just completed his 15th season with the Packers and 32nd in the NFL.
Mock is a member of the National Football Foundation and the Wisconsin Football Coaches Association, acting as the Packers’ liaison to the latter organization. In 2008, he was awarded the Dave McClain Distinguished Service Award by the Wisconsin Football Coaches Association for his outstanding service to football in Wisconsin and since 1999 has been the football cameraman for the De Pere High School football team coach’s video. Go Redbirds!
He began his relationship with the WFCA with a phone call to Dick Rundle in 1999 asking how the Packers could be more involved with the organization. Since that time the Packers and WFCA have had a wonderful relationship with coaches attending the WFCA Clinic, the WFCA Hall of Fame Exhibit and All-State Banquet moving to Lambeau Field in Green Bay, partnering together to present the WFCA/Green Bay Packers Coach of the Year along with many other activities and programs.
Mock is a fan of local sports teams, including the University of Wisconsin-Green Bay’s women’s and men’s basketball teams, and the Milwaukee Brewers. He also still follows the Atlanta Braves.