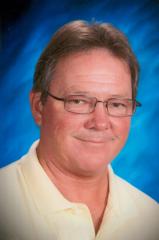 John graduated from Milwaukee Notre Dame in 1970 and went on to UW-La Crosse graduating in 1975.

John’s coaching and teaching career started and ended after 36 years, all at Mosinee. John took on an assistant football position under Bob Coy.

He stayed with the football program and transitioned with present coach Paul Nievinski until 2009. During that time, Mosinee football success continued, including advancing to the D3 state semi final in 2002 and the championship game in 2005.