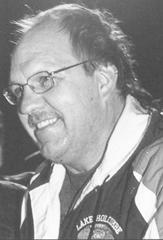 Rollie Hall played three sports at Cameron High School, graduating in 1979.  From there it was on to UWRF, playing linebacker for legendary coaches Mike Farley and Ted Thompson  In 1995, he was inducted into the UWRF Hall of Fame.

Rollie went back to Cameron for his first Head Coaching job at Cameron in 1987.

After one year in Wautoma, he took the job that he held for thirteen years at Lake Holcombe where his teams won seven conference championships. The Chieftains won the Division Six State Championship with a 28-0 victory in 1998. Lake Holcombe had a record of 102-34

In 2003, Rollie became the Athletic Director at River Falls High School.  From 2007-09, he served as the offensive coordinator for the Wildcats.