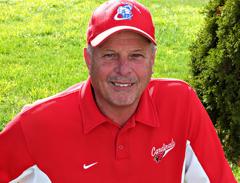 Bill graduated from Cambria High School in 1968 where he was a multi-sport letter winner.  Prochnow attended  UW-LaCrosse, and graduated in 1972. He was then hired by the Brodhead School. It was there that he began his 34 years of coaching. Bill took over as head football coach in 1975 and went on to win Brodhead’s first ever football championship in 1976.

In 1981 He passed on the head football coaching position to Gary Larsen but continued on as an assistant for the next 24 years.  The team won eight conference championships and was the runner up at State Championship Play-offs - Division 4 in 2003.  Prochnow had the honor of being named Wisconsin's Assistant Football Coach of the Year in 2004.