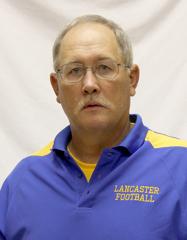 Eric accepted his first teaching position at Tigerton High School in 1980 while at Tigerton, Eric coached football, wrestling, and softball. Then the family relocated to Lancaster in 1985.

Eric coaches Quarterbacks, Backs, and Ends for the Lancaster Varsity.  He has also been the Varsity Reserve coach for 28 years. The Flying Arrows have won 6 State Titles, 20 straight Playoff Appearances, and 15 Conference Championships. Eric was awarded the WFCA Assistant Coach of the Year in 2008.