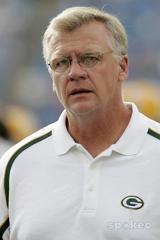 The Houston Texans hired Mike as the assistant head coach 2006, he returned to Texas A&M to be their head coach until 2011.