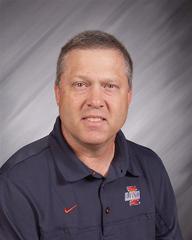 Upon graduating from UW-Eau Claire in 1981, Jim began his teaching career at Edgar High School where he is completing his 32nd year. While at Edgar Jim has been an assistant football coach for 30 years working under Hall of Fame coach Jerry Sinz. He coached quarterbacks for all 30 years and was offensive coordinator for 15 years.  In the 30 years Jim was an assistant at Edgar the Wildcats amassed a 289-56 record, won 16 conference championships, won 5 state championships, and had 4 state runner-up teams. In 2010 he was named WFCA state assistant coach of the year.