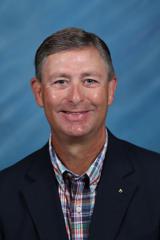 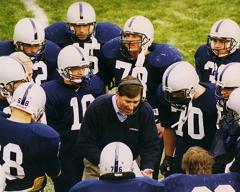 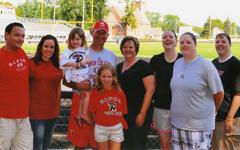 Born on January 9, 1957 to Alfred and Imogene Coles of Coopersville Michigan, the family moved to Washington Iowa in 1961 and to Cedar Rapids Iowa in 1966. Rick graduated from Linn-Mar HS in 1975 where he was an all-conference, all-metro, HM all-state and Iowa Shrine Bowl center. Following high school, Coles was a three year starter and a first team all-conference center at Coe College, graduating in 1979.

Coles was an assistant at Osage HS for four years and head coach at Reinbeck HS for two years following graduation. He earned his Master’s degree from Northern Iowa in 1984.

In 1985 Rick began his collegiate coaching career at Coe College as line coach. Coe was Midwest Conference champions and NCAA play-off participants in 1985. In 1990 he became offensive coordinator at Cornell College. Cornell won the Midwest Conference Championship in 1992 with a 10-0 record.

Coles and his family moved to Wisconsin in 1993 to become head coach at Lawrence University. His “Slotbone” spread-option offense, which he began running at Cornell, allowed Lawrence to be recognized as having one of the most productive offenses in the nation.

Coles is active in the Ripon community as a Mason and Shriner, Ripon Rotary Club member, Little White School House Board of Directors member, and on several church committees. In addition to coaching football, Rick is a Professor and Chair of the Exercise Science Department at Ripon College.