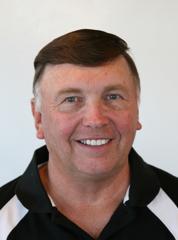 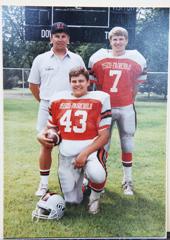 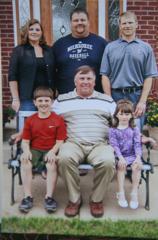 Warren Dahl graduated from Whitehall High School in 1965 where he played football, basketball, track & field, and baseball. Warren received his Bachelor of Science at UW-La Crosse.

At Osseo-Fairchild, Warren has beWarren Dahl was born in Whitehall, WI on December 15, 1947 to Jennings and Eileen Dahl. He and his brother, Jeff, grew up on a farm in Pleasantville (rural Osseo), WI. He graduated from Whitehall High School in 1965 where he played football, basketball, track & field, and baseball. Warren was named the 1965 Whitehall Norse Award winner for athletics. Warren received his Bachelor of Science degree in Physical Education and Mathematics at UW-La Crosse. He taught for 36½ years at Osseo-Fairchild High School, did one year of substitute teaching and has taught the past 7 years at Whitehall High School.

Coach Dahl has also coached basketball (44 years), track & field (41 years), baseball (26 years) and wrestling for one season. Warren was an assistant boys’ basketball coach for 7 seasons under his son, Keenan, at New Auburn High School.  He is currently the Head Track & Field coach at Osseo-Fairchild High School. He also is the Head Boys Basketball Coach at Whitehall High School while being assisted by his brother, Jeff.  Warren was inducted into the Wisconsin Basketball Coaches Hall of Fame on October 8, 2011.

Coach Warren Dahl becomes the 4th Osseo-Fairchild football coach to be inducted into the WFCA Hall of Fame.  Other Osseo-Fairchild coaches inducted were Duane Matye, Harold Mulhern and Dan Waters.