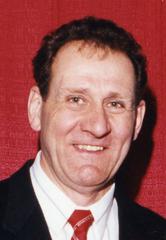 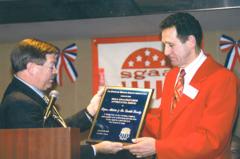 Hank attended the University of Wisconsin from 1957-1961. He was an End on the Wisconsin Badger football teams of 1958, 1959, and 1960. The 1959 Wisconsin team won the Big Ten Championship and went to the Rose Bowl on January 1, 1960. He was chosen as an Academic All-American End in 1959 by the College Sports Writers. The following fall, 1960, Hank was a Co-Captain of the Badgers. He graduated in 1961 and by virtue of completing ROTC training was commissioned a 2nd Lieutenant in the U.S. Army. Hank served with the 29th Infantry in 1961-1962 at Fort Benning, Georgia and served in the Wisconsin National Guard from 1962-1974.

Hank started with Sand-Knit (a division of Medalist Industries) in 1963 as Assistant Sales Manager. In 1966/67, he attended Philadelphia College of Textiles and Science taking graduate courses to increase his knowledge in Yarn Manufacturing, Fabric Analysis, Knitting Technology, and Textile Quality Control. Upon his return to Medalist Sand – Knit, he became Manufacturing Manager. He was promoted to General Manager/President in 1972. In 1981, he was appointed President of Medalist Athletic Products.  During his years at Sand-Knit, he was instrumental in the design, development and manufacture of many new products: the first practice football pants made of double knit stretch nylon (#1211 Sandstretch and Roughrider pants), the Sand Mark series of basketball uniforms, several new football uniform styles and the Houston Astros multi-stripe baseball uniforms.

In 1984, he joined Ripon Awardjackets Inc. in Ripon, Wisconsin. He developed a line of highly customized, high quality athletic uniforms which were added to the jacket line and changed the name of the company to Ripon Athletic. Ripon Athletic moved to Berlin, Wisconsin in 1987 and in 1992, the company acquired the assets of Sand-Knit in Berlin, Wisconsin, and has continued to grow in the athletic team uniform market.

In 1993, the Derleth family established the business as a family business. Thru out the years, Hank, Sand-Knit, and Ripon Athletic have been consistent and strong supporters of the Wisconsin Football Coaches Association at their annual conventions and All-Star games. He has great respect for his Dad, who was a highly successful coach, a member of the WFCA Hall of Fame, and admires the positive influence he had on his players. Coaches are such positive role models, mentors and form young boys into men.

Ripon Athletic currently has two plants, employing 160 employees in Berlin, Wisconsin. The company manufactures and distributes athletic uniforms through Team Sporting Good Dealers across the US and Canada, as well as contracting to make professional and collegiate uniforms. Ripon Athletic was named the Manufacturer of the year by the Sporting Goods Agents Association in 2002.

Hank has been active locally, serving on the Parish Council and as Basketball Coach for All-Saints Catholic Church in Berlin. He is currently on the Board of Directors of the First National Bank in Berlin and served on the Board of Directors of Community Health Network, a health provider for several east central Wisconsin communities. Hank was honored by the Wisconsin Football Coaches in 1999 with the Dave McClain Service Award, the Beaver Dam High School Athletic Hall of Fame in 2004, and the National Sporting Goods Association Hall of Fame in 2009.