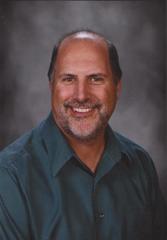 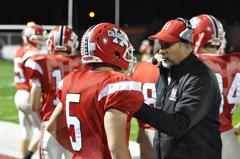 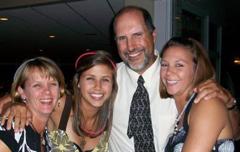 Doug was born and raised in Rice Lake Wisconsin. Doug was brought up in a football family where his father was a long-time football coach as well as a teacher. His three brothers and himself have followed as teachers and High School Football coaches. Doug graduated High School in 1977 and while in high school participated in football, basketball and track; lettering in all three.

He attended the University of Wisconsin-Oshkosh where he earned two varsity letters in football. While at Oshkosh, Doug met his wife Carolyn, whom he married in 1985. He earned his Bachelor of Science Degree in Education and later earned his Master from Lesley University. Doug was hired in 1983 as a Middle School Math Teacher at Swallow School in Hartland Wisconsin, where he has been for 31 years. As a dedicated teacher he has received the State of Wisconsin Distinguished Teacher Award and has been recognized by Who's Who Among America's Teachers seven times. He has been a member of the Wisconsin Football Coaches Association and the Wisconsin Education Association for over 30 years.

His first coaching job was in 1983 at Hartland Arrowhead, where he coached for 24 years; 9 of them as the Offensive Coordinator. Seven years ago, he joined the Sussex Hamilton coaching staff as the Offensive Line Coach. During Doug's 31 years of coaching he has been involved over 240 wins, 25 playoff appearances, 9 Conference Titles and received the Classic 8 Assistant Coach of the Year in 2001. While he was a member of the Arrowhead High School coaching staff, he helped lead them to seven State Title appearances in 1993, 1994, 1996, 2000, 2002, 2003 and 2005, earning three State titles in 1993, 94, and 96.