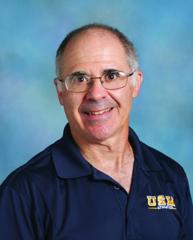 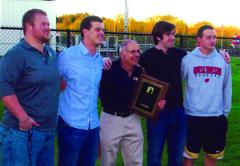 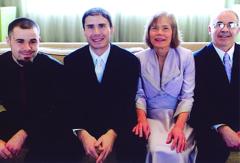 Don was born in Boston, Massachusetts on August 13, 1955 to Donald and Nancy Forti. He graduated from Thayer Academy in Braintree, Massachusetts in 1975, where he played football and was a defensive starter on the 1973 undefeated football team.  Don was named to the honorable mention All Southeastern New England Private Prep School League All Star Defensive Football Team in 1974.

Don continued playing football in 1975 during his freshman year at William Penn College. Following that season, he became a student coach and scout during the 1976 and 1977 seasons.  In 1978, he became the strength coach for the team.  After graduating from William Penn with a degree in physical education, Don accepted the position of head football coach at St. Mary’s High School in Clinton, Iowa and led the team to the state playoffs.  After two years in Clinton, he enrolled at Springfield College in Massachusetts, where he earned a Master of Science degree in the teaching and administration of physical education.  Don wrote a master’s thesis entitled “The study of off-season football strength and conditioning programs at selected major colleges,” which related injury severity and football success to the types of techniques and methods used in off-season strength and conditioning programs.

After graduating from Springfield College, Don became the head football coach at University School of Milwaukee. He served as the head coach for 26 years, leading the Wildcats to four conference titles, 14 state playoff berths, and an overall record of 141 – 112.  Many of his players went on to play college football.  Don always emphasized to his players that faith, family, and education must come before football.

Following the completion of his successful head coaching career at USM, Don was promoted to the newly-created position of Director of Football, a position that provided leadership for the successful operation of the School’s football program.  In 2012, he stepped away from his many different roles with the football program to focus on his teaching duties and position as USM’s Fitness Center Coordinator. That same year, USM recognized Don’s many years as a successful coach and teacher at University School by naming the newly-renovated Don Forti Stadium in his honor.