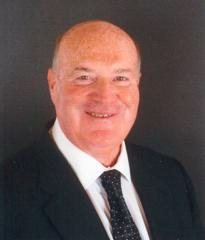 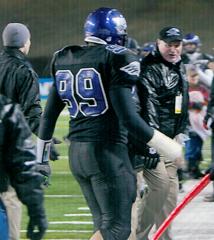 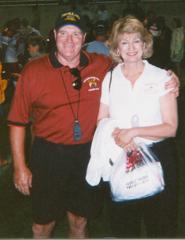 A native of Peoria, Illinois, Bill Hoagland is the son of Richard Deveral Hoagland and Barbara Jean (Currens) Hoagland. Bill graduated from Washington Community High School in 1969. As a senior, he was selected to the Illinois All State Football Team and MVP of his high school football team. As his high school's 1 st All State Football player, Bill had his #40 football jersey retired. He continued football and education at Lakeland College in Sheboygan, Wisconsin where he was honored as MVP his senior year in football and wrestling. He was also selected in 1972 to the NAIA 1st Team District 14 All State Football Team. After his undergraduate work, Bill began teaching and coaching at Mukwonago High School. He earned his Master's Degree in Education from the University of Wisconsin-Whitewater in 1981.

Bill is a retired English teacher from Mukwonago High School where he was also a football coach for 31 years and a consistent honoree of Who's Who Among America's Teachers from 1981. He was inducted into the Mukwonago High School's Athlete Hall of Fame in 2005. Also, Bill has coached wrestling, track, and the Director of the Strength and Conditioning Program for the high school. Additionally, he was the defensive coordinator for Head Coach Bernie Schmidt and the 1 st British! Arnerican Transatlantic High School Football Championship game held in Southern Wisconsin. He was awarded District 19 Assistant Coach ofthe Year in 2001 for Mukwonago.

In 2003, Bill was the defensive line coach for the winning South Shrine Team in the North vs. South All-Star Game under the leadership of David Keel. In 2004, he helped Head Coach Keith Hensler, staff, and his high school football team to a perfect 14-0 season and the Division I State Championship. In 2006, he began his first season as a defensive line coach for Bob Berezowitz's UW - Whitewater team. The Warhawks won the WlAC and finished the season 14-1 and the D-III National Runner-up. In 2007, my 2nd• year, UW-Whitewater again finished 14-1, winning their conference, and won the D-III National Football Championship with new Head Coach Lance Liepold, The first Football National Championship for UW-Whitewater.