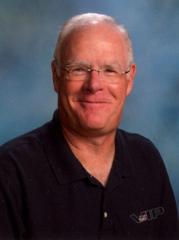 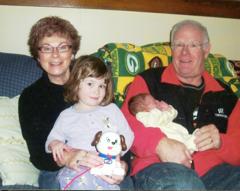 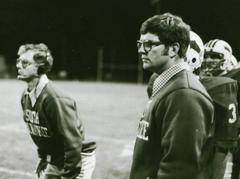 Brad was born in Boscobel, Wisconsin, on September 22, 1951, to Tom and Marilyn Knoche.  He graduated from James Madison Memorial High School, Madison, Wisconsin, in 1969 and played football, basketball, and baseball.

Brad was an outstanding high school athlete and was awarded Student Athlete of the Year and for baseball was named MVP and All City his senior year.

Brad attended the University of Wisconsin-Whitewater where he played basketball and baseball while earning two varsity letters in baseball.  He also was a member of the Phi Chi Epsilon Fraternity and served as president for two years.  Brad graduated with a business education degree and a minor in coaching in 1973 and received a master’s degree in business education in 1977.

After graduation, Brad taught business and was an assistant football coach at Madison West High School.  In 1974 he was hired in the School District of South Milwaukee where he taught business and served as the longtime chair of the business department.  He was also named an assistant varsity basketball coach.  In 1975 the South Milwaukee basketball team won the Wisconsin State Championship.

Brad became South Milwaukee’s head football coach in 1983 and remained at the helm until 2001.  He found success as a coach.  In 1998 he was awarded CNI Newspapers’ All-Suburban Coach of the Year and earned his first playoff win with son Bill at quarterback.  Brad was also named head coach for the 2001 Shrine Bowl All-Star South Team.

In 2002 he became an assistant defensive back and quarterback coach at Oak Creek High School and in 2004 became an assistant defensive back coach at Saint Francis.  In 2004, the team went to the state tournament and Brad coached there until his retirement in 2007.  He enjoyed his time at Saint Francis, as he coached with good friends and his son Andrew.

Brad was also active in the community and belonged to South Milwaukee Lions where he served as past president and longtime treasure.  He also served as Parish Council President for St. John’s Church in South Milwaukee.