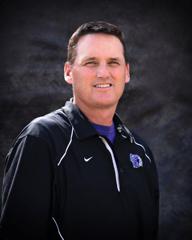 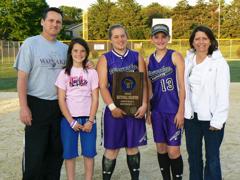 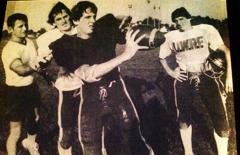 Pat was born a coach’s son in Sparta, Wisconsin on March 19th, 1963 to Bill (WFCA HOF) and Becky Rice. He graduated from McFarland High School in 1981 where he earned nine varsity letters in football, wrestling and baseball. He earned all-conference and all region awards in football and wrestling.  Pat attended UW-Madison and earned his degrees in physical education and health with a coaching minor.  He was an assistant football coach at Oregon HS from 1983-1985 and McFarland HS in 1986. In 1987 he began teaching and coaching at Jefferson High School where he taught physical education and was an assistant varsity football and wrestling coach.  In 1988 Pat moved to Waunakee High School as the defensive coordinator under fellow WFCA Hall of Fame Coach, mentor, and friend, Gayle Quinn.