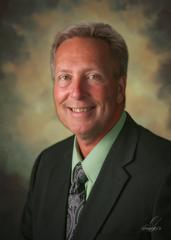 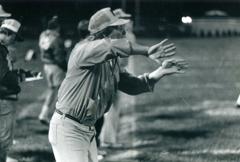 Tim was born and raised in Jefferson, WI on December 16, 1958 to Gerald and Frances Stauss. He graduated from Jefferson High School in 1977 where he played football, baseball, and basketball and was a ten time varsity letter award winner and senior male athlete of the year in 1977. As a three year starter in football at Jefferson, he was part of two Badger Conference Championships and was elected captain and All Badger Conference.

Stauss continued his football career at the collegiate level where he earned four varsity letters at Northern Michigan University. He was a three year starter at outside linebacker his sophomore, junior, and senior years, and was selected to the first team all-conference academic team his senior year in 1980.

Stauss began his coaching career at East DePere High School in DePere, Wisconsin. He coached at DePere for one year before returning to his alma-mater, NMU, as a graduate assistant coach and outside linebacker position coach. Upon completion of his second degree from Northern Michigan University, he was hired as an Economics teacher and assistant football coach at Marinette High School where he coached with WFCA Hall of Fame member Joel Hanner. Stauss was the defensive coordinator and offensive line coach for his entire 21 year football coaching career at Marinette High School. He and Hanner combined for five Bay Conference championships and the WIAA State Division II Championship in 1989. Stauss coached many league leading defensive teams in his years at Marinette High School and he and Hanner combined for 10 WIAA playoff appearances while coaching the Marines.

Stauss was selected as the WFCA District VI Assistant Coach of the Year in 1999 and was also selected as the defensive coordinator for the North squad in the 24th Annual Wisconsin Shrine Bowl in 2000 under the legendary coach Ken Biegel. He received two Governor’s Commendations in 2002 and 2003 for his contributions and successes in the field of financial literacy for high school students in the state of Wisconsin and was honored with the “Legends of the Bay Award” from his fellow Bay Conference Coaches in 2003.