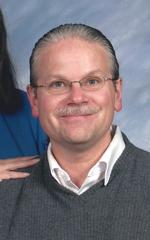 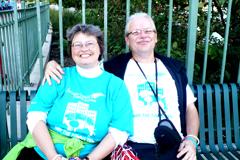 Steven L. Tietz was born in West Bend, on Nov. 1, 1958 to the greatest parents in the world, Llewellyn and Alice Tietz who with his family (siblings Robyn and Zach) lived in Menomonee Falls. He grew up with a love of reading, fostered by his godmother Shirley Walterlin.

He graduated from St. Mary's Grade School (1973) and Menomonee Falls North High School (1977). Bereft of any real athletic ability, he became a manager in football, basketball and baseball at Falls North. He found another outlet for his athletic hopes through the student newspaper, the Chieftain, serving as co-sports editor for two years. UW -La Crosse was his next stop. While serving as sports editor of the student newspaper the Racquet and eventually earning a history degree in 1982, he discovered the true joy of writing the marvelous stories of intrepid student/athletes.

He eventually wound up doing the only thing he ever really wanted to do, serving as a reporter for CommunitylNOW Newspapers in suburban Milwaukee where he had the great fortune to work with two football coaches who still remain influential in his life, Phil Datka at Germantown and Jim Jeskewitz of Menomonee Falls. They taught him the intensity and effort that goes into the game and that on most nights the crack of the pads, the crisp autumn air and the roar of the crowd are ambrosia.

Other coaches, such as Dave Keel, Pat Cerroni, and Bob Vitale, have been valued allies. The newspaper industry has struggled, but the game goes on, for because of the energy and passion of the kids and the dedication and integrity of the coaches, a fountain of great stories is created every Friday night. He has covered numerous state and conference champions but takes equal joy in those who put forth a championship effort. Tietz also serves on the nominating committees of the Menomonee Falls and Whitefish Bay High Schools' Athletic Halls of Fame.