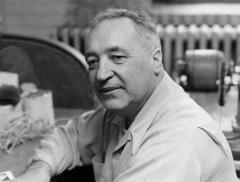 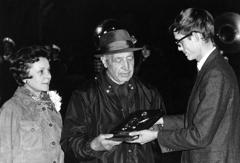 Babe was born in LaCrosse, Wisconsin on November 6, 1904 and attended  Central High School from 1921 to 1924 where he was a multi-sport athlete.  Babe’s football teams achieved a record of 19 wins, 2 losses, and 2 ties.  In 1923, he was selected the American Legion State High School Athlete of the year and was named to the all-state basketball team the same year.  Babe attended Marquette University and was the captain of the freshman football and basketball teams.  After one year at Marquette, he transferred to the University of Wisconsin in Madison and played varsity football in 1927.

After earning a degree in Physical Education, Babe began his head coaching career at Lake Mills High School. There his football teams achieved a record of 48 wins, 13 losses, and 4 ties. The Lake Mills teams won Rock Valley Conference Championships in 1929 and 1930.  He also coached basketball at Lake Mills.

In 1933, Babe became head football coach at his alma mater, LaCrosse Central.  In each of the next 3 years, the football team won the Western Wisconsin Conference.   Babe’s record at Central was 62 wins, 45 losses, and 15 ties.  His overall record including both Lake Mills and Central was 110 wins, 58 losses, and 15 ties.  He also coached baseball, tennis, and golf for a time.

Babe was the first Grand Marshall of La Crosse Oktoberfest in 1967. He was a member of the Wisconsin Football Coaches Association.  Before Babe retired, Central High School moved to a new building and the old building was razed.  La Crosse honored Babe’s contributions by naming the park that occupies the old Central grounds Weigent Park. The Kids’ Fishing Derby which he ran for many years is also named after him.