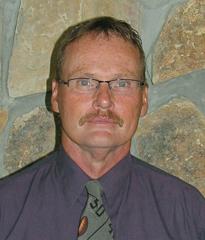 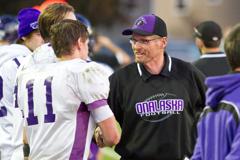 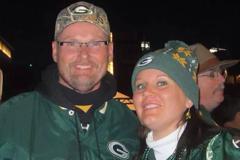 Dieter Antoni was born in Milwaukee, Wisconsin, on January 17, 1957 to Hans and Angela Antoni. He graduated from Cedarburg High School in 1975 where he lettered in football, basketball, and tennis.

After graduating from UW-Stout, Antoni accepted a Technology & Engineering teaching position at Onalaska High School.  Antoni would spend the next thirty-three years at Onalaska teaching and coaching.  In 2001 Antoni earned a master’s degree in education from the University of Wisconsin LaCrosse.

In 1993, after eleven seasons as an assistant coach, Antoni took over as the Hilltopper’s head coach.  In Antoni’s nineteen seasons as head coach the Hilltoppers had an impressive record of 102 wins to 85 losses, won four Mississippi Valley Conference titles, and ten WIAA playoff appearances.  Antoni earned four Mississippi Valley Conference Coach of the Year honors, one Coulee Region Coach of the Year in 2004, and two Wisconsin Football Coaches Association (WFCA) All District/Region Coach of the Year Awards in 1996 and 2006.  Antoni was selected as a Shrine All-Star Game Assistant under Phil Ottney in 2001. Antoni served as the WFCA District 8 Representative from 2000-2012.

Beyond coaching football, Antoni, has coached freshman boys basketball, was a varsity assistant for girls basketball, and served as the head coach for the girls and boys tennis teams.  In his thirteen years as the boys tennis coach the Hilltoppers record was a 122 wins to 35 losses.

Antoni retired from teaching in 2012 but he continues to serve as an assistant track and field coach for the Onalaska boys and girls track and field teams, a position he has held for the past fifteen years.  In 2013, after one year away from coaching football, Antoni was called back to coach at West Salem High School as a varsity assistant.

“I would like to thank all the young men and coaches for showing great character and dedication toward our program accomplishments. Together we built a family and achieved goals with courage and determination. This honor is shared with all of you.”
Coach Dieter Antoni