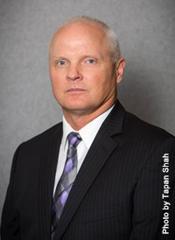 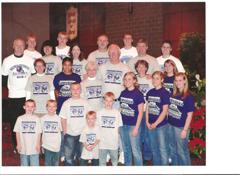 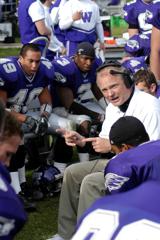 Brian was born in Schleswig, Iowa, but raised in Fort Atkinson, Wisconsin, where he graduated from high school in 1981.  He went on and played football at Morningside College, where he was a three year starter and team captain before graduating in 1985.

In 1994, Brian moved back to his home state and has been an assistant football coach at the University of Wisconsin-Whitewater for 21 years to date.  While at UW-W, he has been fortunate to be part of 12 conference championships, 10 NCAA III playoff berths, 8 national championship game appearances, and 5 national titles.  Since 2005, Whitewater has won over 90% of its games, including a 46 game winning streak.  Since taking over as defensive coordinator in 2002, Whitewater’s defense has consistently ranked near or at the top of all NCAA III programs.  Brian has twice been named the WIAC Assistant Coach of the Year, and was honored as the NCAA III Coordinator of the Year in 2013.