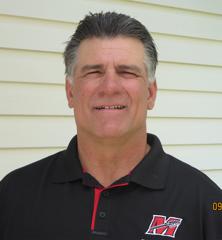 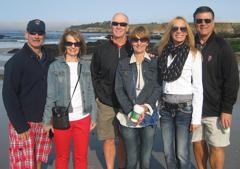 Rob was born in Heidelberg Germany on July 3, 1957 to Eugene and Marlynne Domenosky

Rob continued his education at Waukesha County Technical College and graduated in 1977.

Rob has been in sales for 35 years, he has been ABC Supply salesman of the year 10 times.

Rob began his high school coaching career in 1977 at Muskego High School. He has had the privilege of coaching with four head coaches in his 35 years at Muskego.

Rob has taken great pride in being involved in the construction and organization of the Muskego high school weight room and is currently helping coach weight training.

Rob has been the driving force behind starting the Muskego Football Hall of Fame and Wall of Fame.