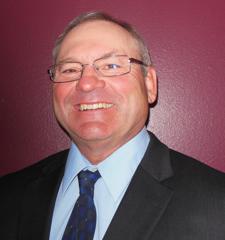 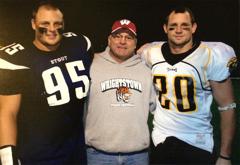 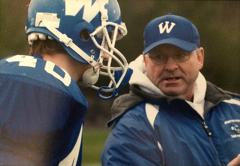 Bill was born in Green Bay, Wisconsin on July 19th, 1957 to Glenn and Virginia Ehnerd.  He played football starting in grade school and continued through high school.  During his senior year, Bill was named co-captain and helped his team become the first undefeated and untied football team in Wrightstown history.  That same year, he was named first team all-conference at both guard and linebacker positons.

After graduating in 1975, Bill became involved in coaching the Wrightstown Rockets middle school team.  After the first year of helping with the team, he took over as program coordinator for the next 17 years, always following his motto “It’s not how much you make, but how much you make a difference.”

In 1992, Bill began his high school coaching career as junior varsity coach for Wrightstown.  The following year he moved up to varsity defensive coordinator and the Tigers finished 3-6.   The varsity team did not have a losing season during the rest of his tenure as defensive coordinator dating to 2010 and made the playoffs every year except for 1994 when they finished 6-3.

Although all of these awards are extremely humbling, Bill’s most cherished award is the friendship of those who have coached him, those who he has coached with, and especially the players he has had the privilege to know.  Bill has had the honor of coaching many upstanding young men along with his brothers, his sons, and his nephews.