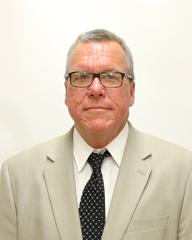 Born in Appleton to parents Tod and Evelyn, Greg Jahnke grew up in Manitowoc Wisconsin, where he attended Manitowoc Roncalli High School, graduating in 1971. As a junior quarterback he led the Roncalli Jets to a victory over heavily favored Milwaukee Pius  in the first WISAA State Football playoffs. The Jets then defeated Chippewa Falls McDonell in the championship game played at Lambeau Field. Jahnke earned All-State honors as a defensive back, and was named preseason Parade High School All-American entering his senior year.

Jahnke participated in both football and basketball at Carroll College earning a total of five varsity letters.

He returned to his high school to teach and coach in 1976. He was an assistant coach for Hall of Famer Ron Klestinski for the first 12 years before taking the head coaching position in 1989 leading the Jets to back to back conference championships. In 1990 he became the offensive coordinator for Hall of Famer Ray Baranczyk and together they lead the Jets to four consecutive State Finals and three State Championships from 1996 to 1999.

In Jahnke’s last year of coaching the Jets made it to Level Four in the playoffs before losing to Platteville.