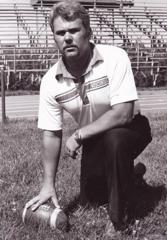 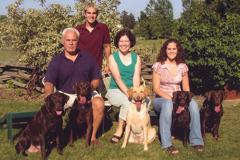 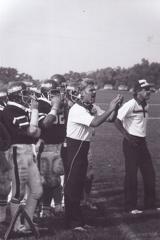 Mike was born in Milwaukee, Wisconsin on November 8, 1950 to Leonard and Wanda Ryback. He graduated from Don Bosco High School in 1968, where he played football under Jim Haluska, who chose him as captain his senior year.

Ryback played college football at U.W. Whitewater his freshman and junior years. There he earned his Bachelor of Science degree majoring in Mathematics and a Coaching minor, graduating in 1972. He earned his Master’s degree from U.W. Whitewater in 1996.

In the fall of 1972 Mike was hired as a math teacher and football coach at Pewaukee High School. Along with coaching football he also coached Wrestling for 38 years, 18 as head coach and Track. He had 2 stints at Pewaukee, 1972 to 2000 and 2005 to 2011, He coached 4 years at Muskego and is presently coaching at Mukwonago.

In Ryback’s coaching career he was part of 232 wins,6 conference championships and 18 play-off berths. Many of his former players have gone on to play college football including a few that have even gone on to play professional football. Chris McIntosh, J.J. Watt and Stan Johnson have all played at that level.