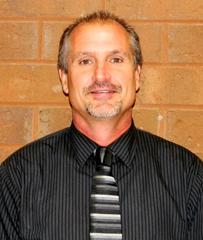 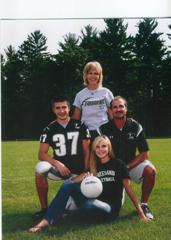 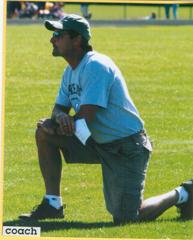 Don graduated in 1981 from Spencer High School in Spencer, WI. Don’s senior year he was an All-State football player and a two time State Champion in track, winning both the 100 and 200-meter dashes.  After graduating from Spencer, Don was selected to play in the 1981 Wisconsin High School Football Coaches Association All Star football game.

Scharbarth went to college at UW LaCrosse where he also played football, winning two varsity letters. Don’s fifth year at UWL, he was an assistant defensive back coach for UWL’s 1985 National Championship Team.

Upon graduation from UW LaCrosse, with the advice of long time legendary coach and WFCA Hall of Fame inductee Roger Harring, Don applied for teaching/coaching jobs in Texas. In 1986 Scharbarth was hired as an assistant football coach at LaMarque, Texas. During Don’s first year in LaMarque, the Cougars played in the Texas 5A State Championship game and in his second year they advanced to Level II in the Texas State 5A playoffs.

During Don’s 18 years as the head football coach at Lakeland, the T-Birds won 105 games. Even though Lakeland was forced to play an independent football schedule for 5 years with no conference affiliation, the T-Birds still won 4 conference championships. Under Scharbarth Lakeland qualified for the playoffs 13 times. The T-Birds advanced to Level II five times, the State Quarter Finals three times, and the State Semi Finals one time.

While at Lakeland, Scharbarth coached a Gatorade Wisconsin Player of the Year, as well as two players who went on to play football at the University of Wisconsin. Don also coached a 400m State Champion in track.