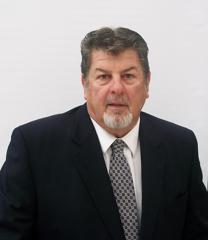 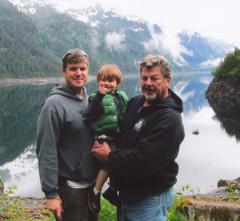 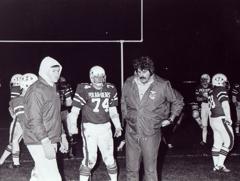 Mike was born in Royalton, Wisconsin to Dave and Annette Sexton on August 25, 1951.  He grew up on a dairy farm with his six siblings:  Kathy, Pat, Jim, Jerry, Mary and Mark.   Mike graduated from Manawa High School in 1969.  He played Football, Basketball and Baseball, earning 7 letters.  In Football he played for two hall of fame coaches – Ken Bengle and Bob Lieberman.

Sexton attended UW – Stevens Point where he lettered four years in football under Coaches – Pat O’Halloran and Hall of Fame Coach Monty Charles.  Mike graduated from Steven Point in 1973 with a Physical Education and US History degree.

Mike got his first and only teaching job at Hortonville in April of 1974, and was named Head Baseball Coach.  He then went on to be Head Football Coach at Hortonville for 24 years.   Hortonville Football record under Mike’s coaching was 117-89. Sexton’s Irish Luck with coaches followed him to Hortonville where he coached with 2 more Hall of Fame Coaches:  Kerry Mattson-Basketball and Don Williams – Baseball.   In 1999 Mike stepped down as Head Coach to watch his sons Dave and Andy play sports at New London High School and St. Norbert’s College.   Mike continued to coach football for the next nine years at the Hortonville Middle School.   Mike was Athletic Director at Hortonville for 29 years.  He was Social Studies Department Chairman for 33 years.   After retiring from Hortonville, Mike’s love of the game propelled him to go home to Manawa as a Defensive Coordinator for 3 more years, with Bob Sell as Head Coach.