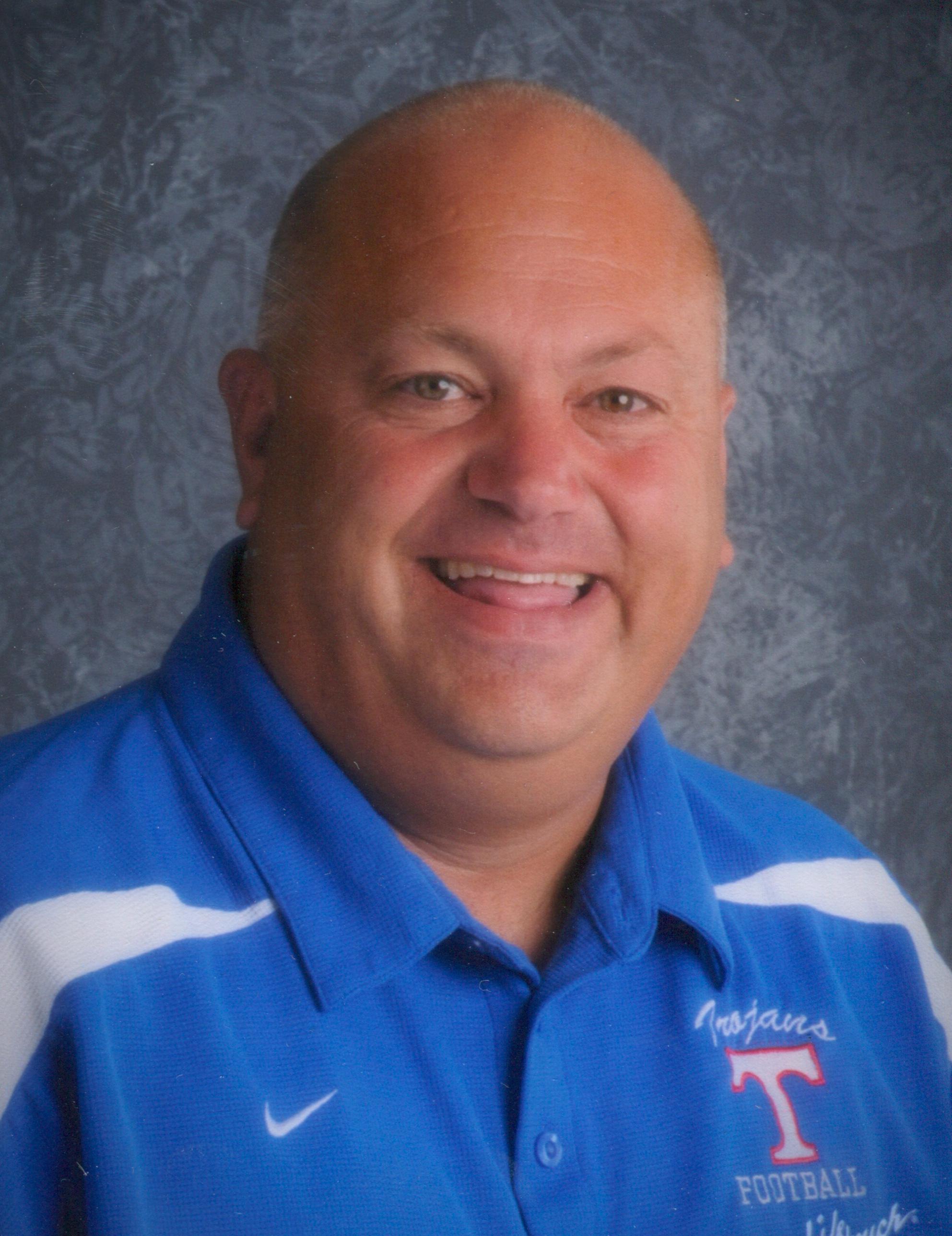 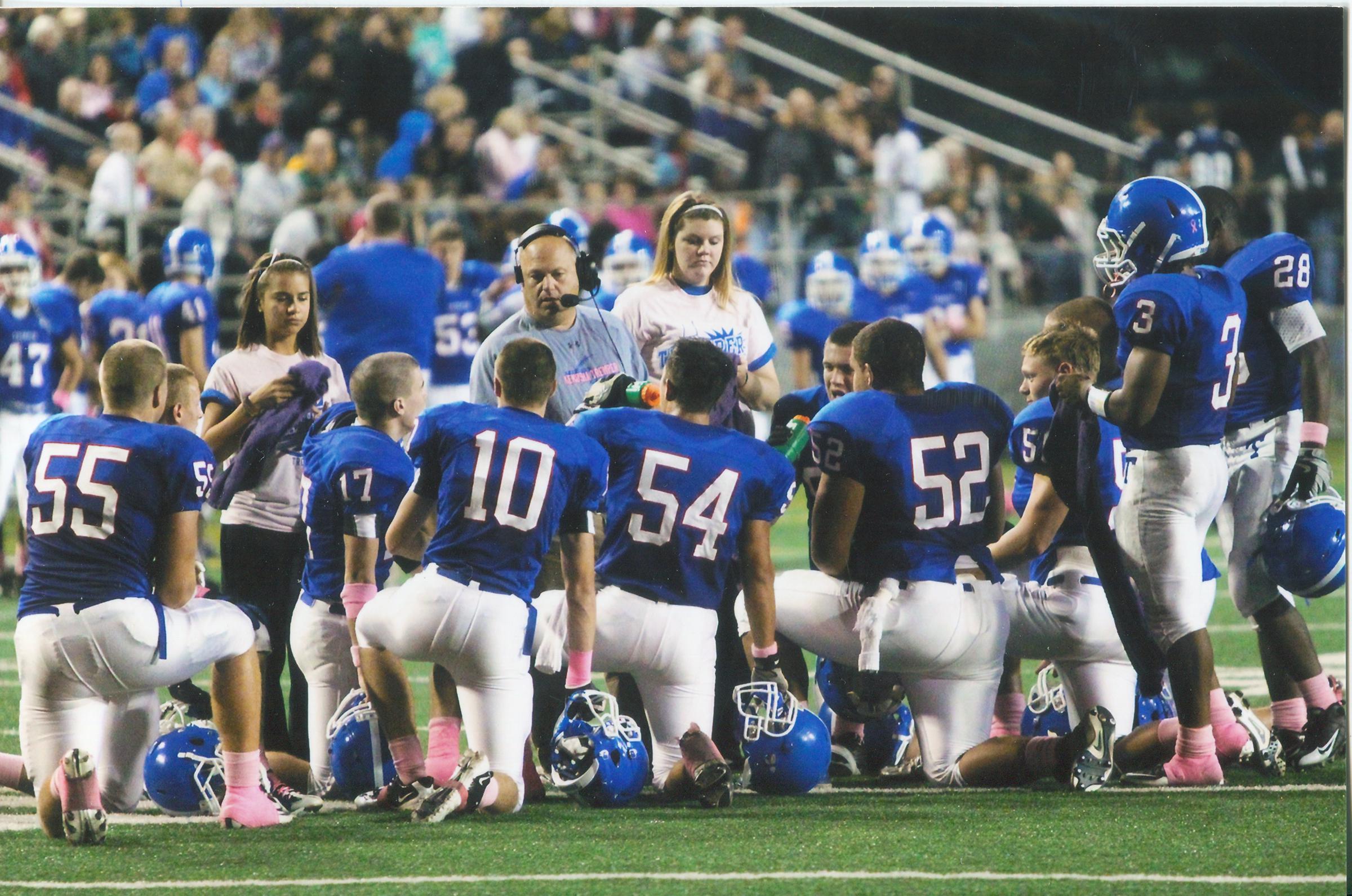 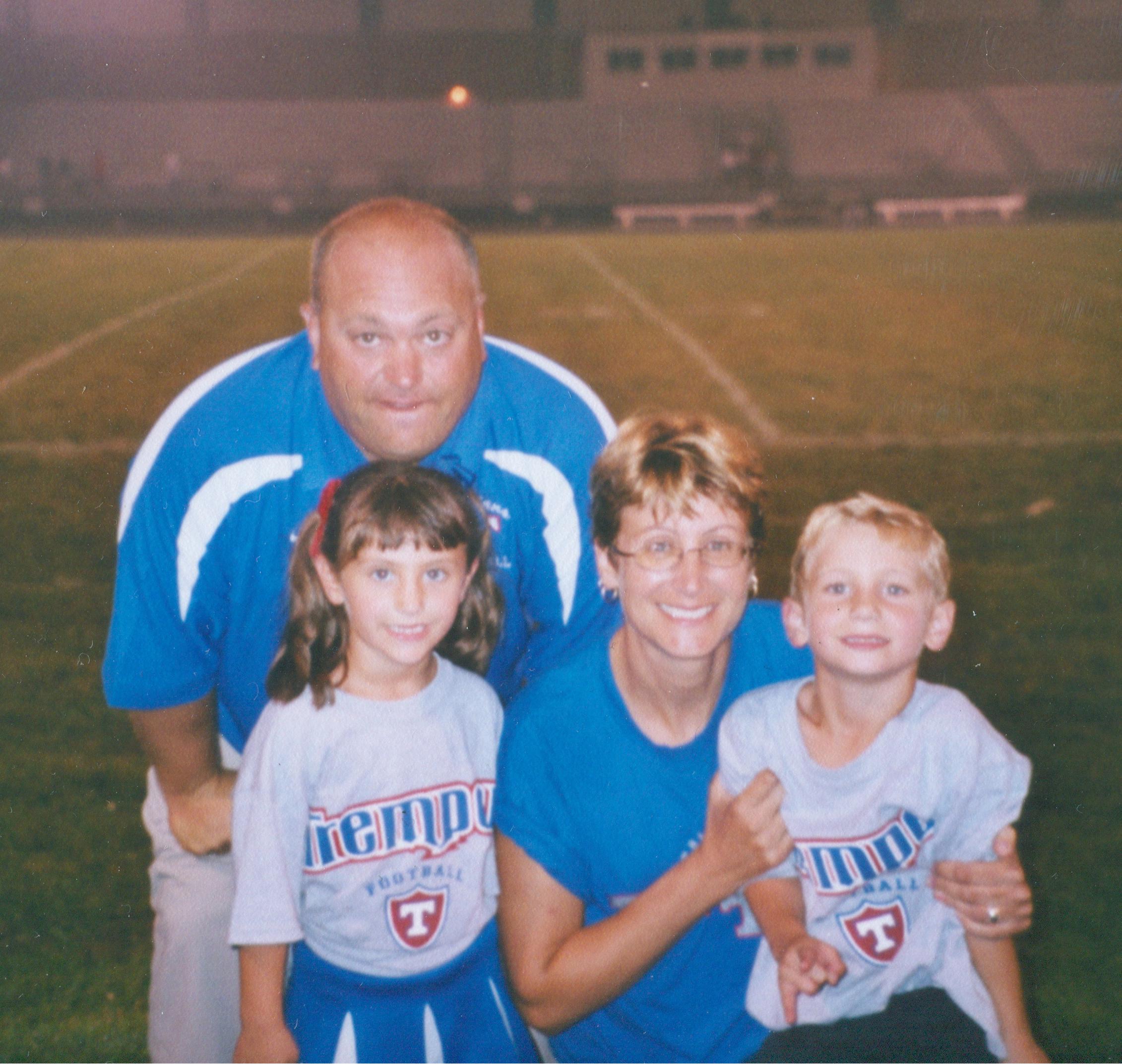 Frank Matrise, Jr. was born in Kenosha, WI on January 1, to Frank and Sandra Matrise. Frank Sr., is the longtime coach and athletic director at Kenosha St. Joseph High School and is a member of the Wisconsin Football Coaches Hall of Fame.

He graduated from Kenosha St. Joseph High School where he lettered in football, basketball and track, Frank Jr. played football and ran track for Hall of Fame Coach, Bob Freund.

Frank continued on to college where he attended Carthage College in Kenosha, Wisconsin and graduated with a degree in Elementary Education.  During his time in college Frank was hired to coach football, basketball and track at St. Joseph High School in Kenosha.

After graduation, Frank was hired in the Kenosha Unified School District to teach 4th grade at Frank Elementary for one of his former coaches and role models, Gordie Hess. Then he was hired at Tremper High School by Hall of Fame Coach, Ron Davies, where he coached the Varsity offensive and defensive lines from 1990 until 1993. Frank was then asked to add the responsibility of head coach to the Sophomore Program. He did this for the next 6 years. He was very lucky to coach one of the only undefeated and unscored upon teams in the school’s history.

Frank was then promoted to the Head Coaching position at Tremper. He has been a part of many successful teams.  He has coached in 5 state championship games. This was a dream come true for him. Frank was also the Head Track Coach at Tremper for 3 years and coached girls’ basketball. He is active in the weight room and is a major part of the Tremper faculty where he is currently the Dean of Students.

Frank has been very active in the WFCA.  He was a district rep for over 10 years.  He then was voted the President Elect of the WFCA in 2011 and held that position for two years.  Frank then was President of the WFCA from 2013 until 2015 and currently holds the position of Past President.  He is a member of the WIAA Football Advisory Board.  He also is a member of the American Football Coaches Association.  Frank was named the 2011 Dick and Marjorie Rundle Positive Influence of Coaching Award Winner and also has been named Southeast Conference and WFCA District Coach of the Year on a few occasions.

Frank always felt one of his main responsibilities as a successful coach was to teach life lessons to each student-athlete, allowing them to take what success they have had in athletics and apply it to life. He has had the privilege of coaching with some great coaches throughout his career who have had the same philosophy about life, values, loyalty and ethics.

Frank’s leadership extended well beyond football, he also coaches his sons travel baseball team and can be seen working the scorer’s table for his daughter’s basketball games.

Coach Matrise has been a positive influence on many lives of his student-athletes, giving all of the credit to them for achieving this great honor and he would like to thank them for making his life better. Frank would also like to thank his family, friends, assistant coaches and the staff at Tremper and St. Joseph High Schools for the many ways they have supported him.  “This is the most humbling award in coaching I could have received. God has blessed me with many gifts, not the least of which is the people who help me to be a better man and coach.”