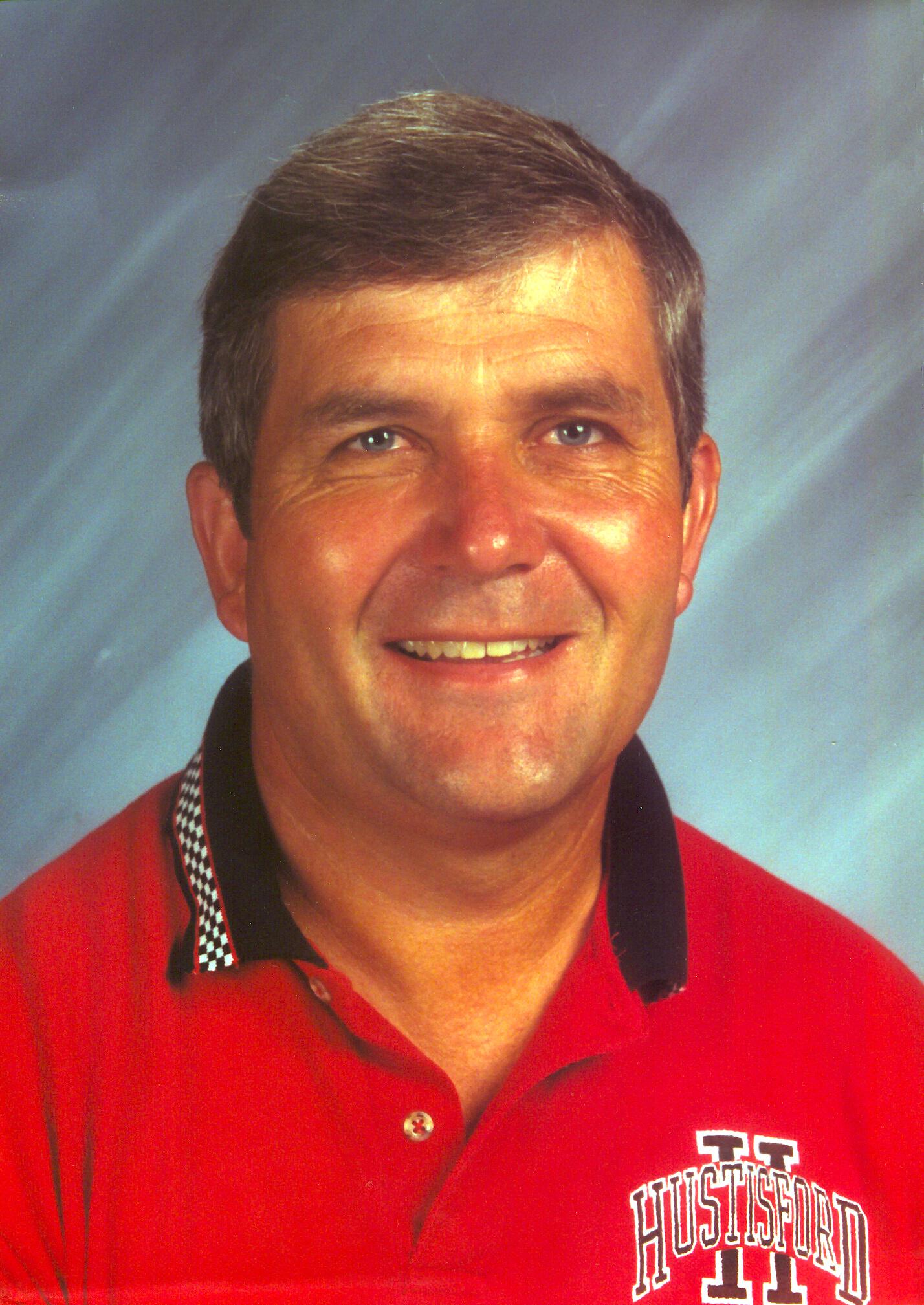 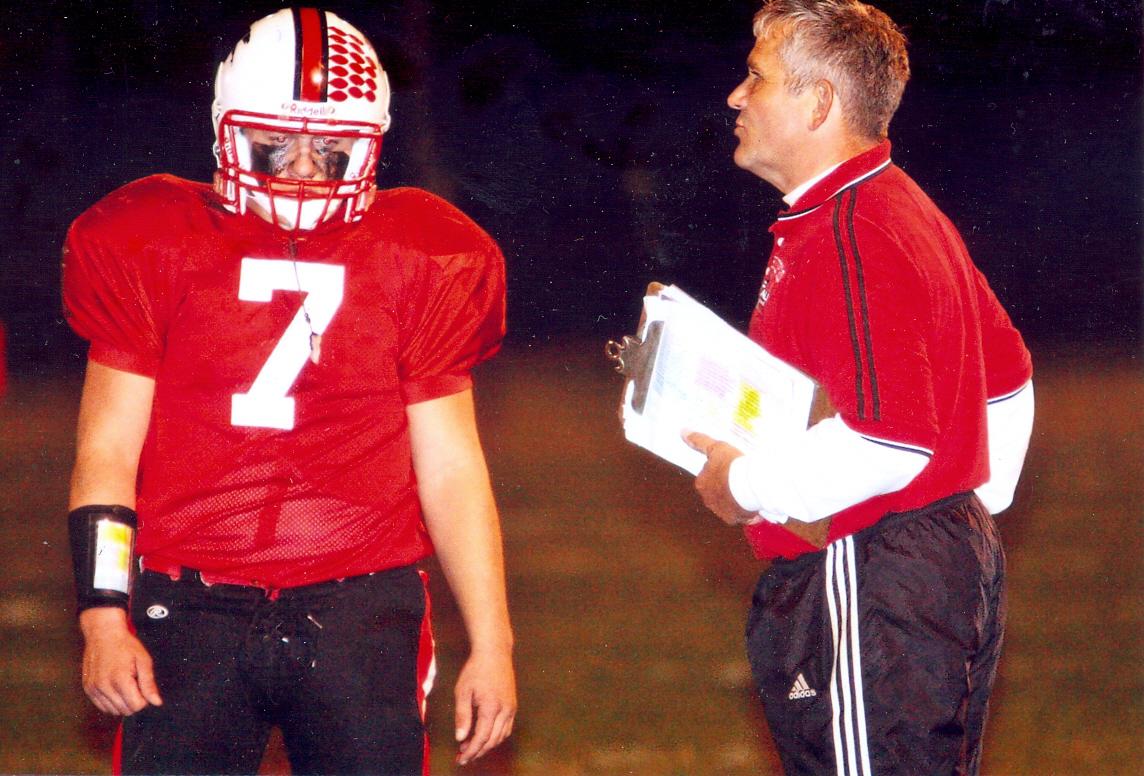 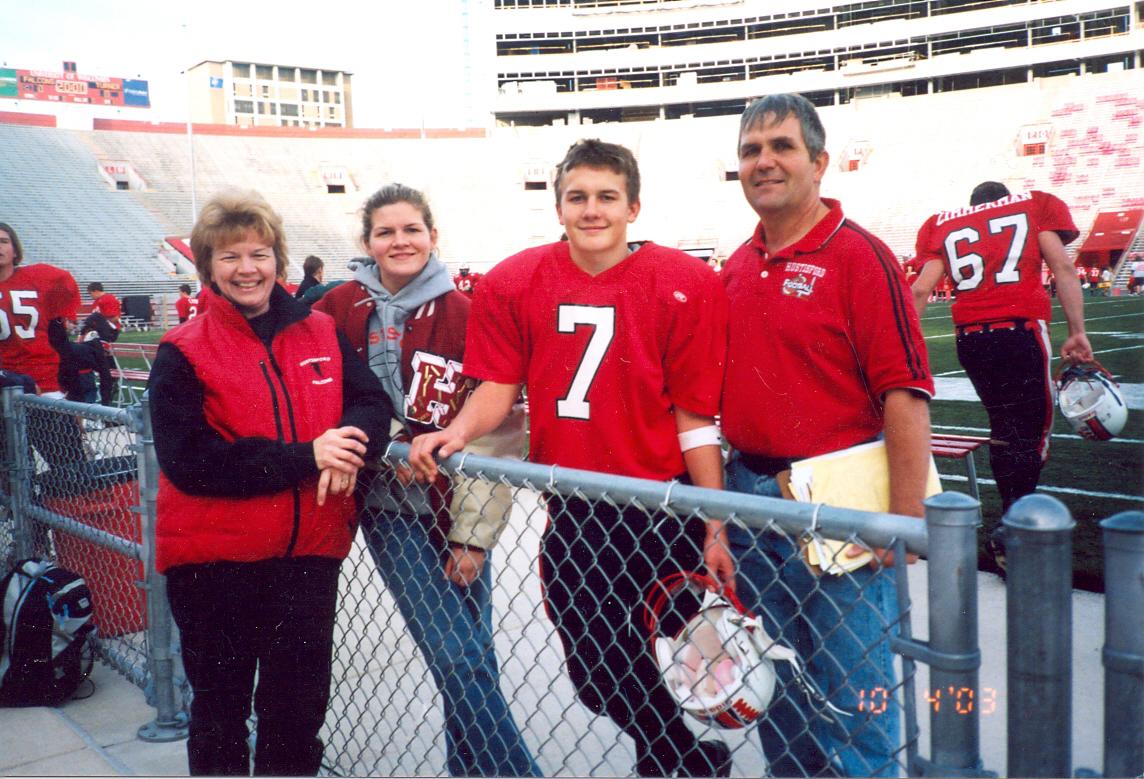 Dan was born in Kaukauna, Wisconsin on July 31, 1956, the ﬁfth of six children to Joe and Marie Simon. The family moved to Greenville, Wisconsin in 1961. Dan got his football start playing backyard games with his siblings (Greg, Kate, Mary Jo, Jerry and Adele). Dan attended Hortonville High School and graduated in 1974. At Hortonville, Dan participated and lettered in football, wrestling and golf. He played football for Hall of Fame Coach Bob Newhouse.

After high school, Dan attended UW-La Crosse, graduating in 1979, with a degree in health and physical education. He began his teaching and coaching career in 1979 at Hustisford High School. For over 30 years, he has been a head coach, assistant coach, scout and volunteer coach for the football team. After 17 years as the head coach, he stepped down in 2012. As head coach (1985, 1996-2012), his Hustisford teams compiled a conference record of 65-56 and an overall record of 82-78. He guided Hustisford to conference championships in 1999 and 2005. While he was an assistant coach, Hustisford compiled a record of 52-42 and won three conference championships. During his tenure, Dan was an assistant coach to Mark Dahlke, Pete Long, Lee Braem and Greg Boettcher. Hustisford qualiﬁed for the playoffs 14 times in a 21 year period from 1991 to 2012.

Dan has been an active member of the WFCA for over 25 years. He was an assistant coach on the victorious South All-Star team in the ﬁrst Division |V-VII game in 2009. He truly enjoyed coaching with great men such as Mike Haynes, Rodney Wedig, Jim Matthys, Joel Block, Chris Lindert, Mike Haynes Jr., and Patrick Haynes.

He was named Conference Coach of the Year twice and District Coach of the Year in 2004. Dan was the Trailways Small Conference Coach Representative to the WFCA All-District meeting for 9 years (2003-2012). He also enjoyed years coaching at the Dodge County Football Camp with coaches such as Hall of Famers Charlie McDonald, Alex Hilber, Jim Bylsma, Roger Meyer and Pat Winch, and other coaches like Ron Miller, Mark Furdeck, Mike Schmidt and Steve Brickson.

In addition to coaching football, Dan has served as the Head Wrestling Coach for 32 years, the Head Girls Softball Coach for 15 years and Athletic Director for 15 years, and was a charter lifetime member of the Hustisford Athletic Booster Club.

Football has truly been a family affair. Dan's daughter Chelsea served as the football statistician all through high school. Dan's son Casey grew up as the team ball boy in grade school and played all four years of high school. Dan's wife Lori provided emotional support and encouragement at home and allowed Dan to coach. Dan coached a brother-in-law in the 1980s and a nephew in the 1990s. Both his nephew and son were members of the 1999 and 2005 conference championship teams. Dan thanks his parents and brothers and sisters for the positive influence they had on him while growing up and later as a coach.

Dan would like to also thank all the former coaches and players who made coaching so rewarding and enjoyable over the years; especially coaches Lee Braem, Brian Bischoff, Clint Bushey, Greg and Duke Boettcher, Marcus Kirchoff, Roger Meyer, Shannon Mueller, Matt Kaemmerer and Jeff Candler.

Dan hopes he made a positive impact on the players he coached. He is humbled by this honor and believes it really is a team award.