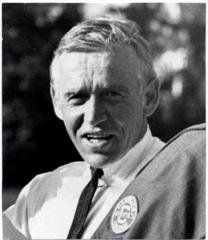 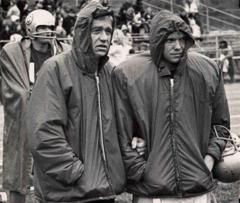 Art was born June 11, 1921, to Arthur and Carrie Keller in Blodgett, Missouri. He attended Anna-Jonesboro High School where he lettered in football and basketball. He attended Carthage College in Carthage, Illinois where he continued to star in basketball and football. He graduated in 1944. He served as a lieutenant in the Navy in the South Pacific during World War II.

Starting his career as a high school coach at Carthage, Illinois, he coached both football and basketball until he joined Carthage College as athletic director, head football coach, and head basketball coach in 1952 He gave up the basketball job after the 1958 season, while also coaching baseball in 1955 and 1956. During his college coaching career from 1952 to 1982, he was one of the winningest football coaches in the nation. He was the fifth winningest at the time of his retirement and had seen his teams go undefeated in 1962, 1969 and 1971. Art established a winning tradition at Carthage that sprang from his own personal integrity. His values would continue to guide his players and colleagues for years to come.

While coaching football at Carthage, his win-loss record was 178-86-7. The football teams in his 31 years, won eight College Conference of Illinois and Wisconsin championships, including five straight from 1969 to 1973. Under Keller’s leadership, Carthage rattled off six undefeated conference seasons, three 14-game win streaks, and a phenomenal 29-game CCIW unbeaten streak (28-0-1). When the 1963 team was defeated after 19 straight wins, it had the longest winning streak in the nation at the time.

The CCIW’s Outstanding Offensive Player Award is named for Keller, who stands third on the conference’s all-time victory ledger with a 105-53-3 mark in his 22 seasons in the league. Keller received a college-division Distinguished Coaching Award from the Football Writers Association of America in 1982, and he was inducted into the Carthage Athletic Hall of Fame in 1984.

Art Keller Field, home to Carthage football, soccer, lacrosse and track & field, was rededicated in Keller’s honor on October 1, 1988. It is a premier athletic facility located on the campus of Carthage College in Kenosha, Wis. The facility features a field turf playing surface, stadium seating for 2,448 spectators, an 8-lane 400 m track and a 7-unit press box facility.

While attending Carthage College on the Carthage, Illinois campus, Art met his future wife Beverly Hand. They were married on March 3, 1944, and were happily married for 47 years until his death on February 3, 1990. They were blessed with five daughters, Carol (Lee) Dubs, Sharon (Alex) Matusevicius, Julia (Mark) Ferris, Laura (Tom) Devine, and Martha (Alan) Fergus Jones. Art and Beverly enjoyed their summers at their cabin at the entry of the Boundary Water Canoe Area Wilderness in Northeastern Minnesota, where they shared their love of nature and canoeing with their daughters and many friends.