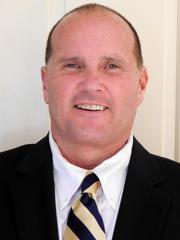 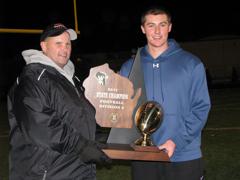 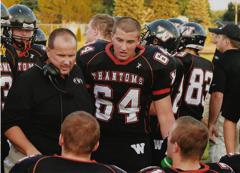 Jeff was born in Bowling Green, Kentucky, on September 14, 1957, to Ray and JoAnn Lutz. He graduated from McDonell Central High School in Chippewa Falls, Wisconsin, in 1976 where he played football, basketball and baseball. He was a two time All-Conference football player and team captain in 1976.

Lutz’s 35 years as an offensive line coach began at his alma matter Chippewa Falls McDonell under WFCA Hall of Fame Coach, Gerry Uchytil. (1982 & 1983) Lutz then went on to earn a Master of Science degree as a Graduate Assistant at Division II, Bemidji State University in Bemidji, Minnesota. In 1985 he went to Mount Scenario College, where he coached and taught for 2 years. After marrying wife Susan (1986) he moved to Pensacola, Florida, where he coached at Ernest Ward High School in Walnut Hill, Florida, for four years.

When hearing that his Alma Matter had a teaching (Dept. of Kinesiology) and offensive line position available in 1990, Lutz applied and was offered the job. Lutz coached the O-line under four head coaches. There Lutz’s offensive lines helped produce 6 1,000-yard rushers. He coached during the 1998 season that saw the Blugolds reach the Division III semi-final game in Rowan, New Jersey. Lutz also served as the throwers coach in track and field for all 10 seasons at UWEC, serving as the Head Coach for 2 of them.