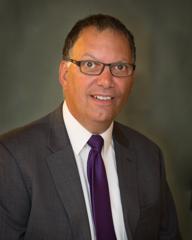 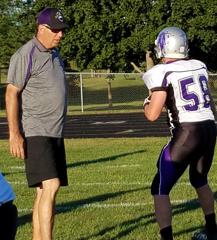 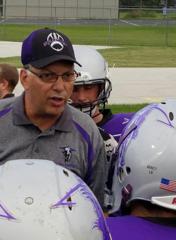 When Dario Talerico first took on the Kiel High School head football coaching job in 1983, he didn’t realize the school was facing a 44-year drought in conference championships. One of the great achievements of Talerico’s 18-year tenure as Kiel’s head coach was to rebuild the program into championship form, capturing nearly 100 wins, and a pair of conference championships during his tenure. Talerico ushered his teams into the WIAA playoffs four times, and brought respectability to a program which had suffered for decades.

Talerico graduated from L’Anse High School in Michigan in 1974, where he lettered in football and basketball.

He earned a degree in biological sciences/education from Michigan Technological University in 1978, later added a master’s degree in curriculum and supervision from the University of Wisconsin - Oshkosh in 1989.
Talerico first served as an assistant football coach at his high school in 1979, then took on an assistant’s role at Waupun High School in 1980, also coaching basketball and track.

He was hired simultaneously for a teaching opening in the Kiel High School science department when he became Kiel’s head football coach in 1983.
Talerico’s teams earned conference championships in 1984 and 1989, including the school’s only undefeated regular season in the modern era in his second year at the helm.

By the time he retired from coaching to move into school administration in 1996, he had amassed the longest tenure of any KHS head coach, including the most wins and the most playoff appearances.

In 1998, Talerico earned his principal’s license from Marian University.
He served as the assistant principal at Kiel High School, then as the school principal until his retirement from educational administration in 2013.

Following his retirement he returned to the gridiron, serving as an assistant for the KHS football program, that he helped revive in the 1980’s. He has also been involved as a participant in Kiel Football Alumni Association activities, including coaching in 6 alumni football games and participating in other KFAA fundraising events.

Among his many awards, Talerico was named the East-Central Region Assistant Coach of the Year in 2014. He was inducted into the Kiel Football Alumni Association Hall of Fame in 2003 and was enshrined in the Lakeshore All-Sports Hall of Fame in 2011.