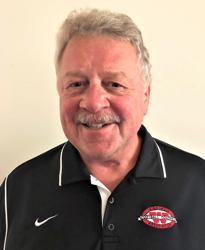 The Executive Board unanimously selected Dan Brunner as the Executive Director of the WFCA, effective July 16, 2011. Brunner is replacing retiring Director, Dick Rundle. Dan Brunner is a Past-President of the WFCA and has been the Banquet Chairman for the WFCA All-State and All-Star game banquets for many years. He is a WFCA Hall of Fame member who retired from a successful coaching career at Hartford Union High School in 2009. Brunner served as Tight End coach at UW-Whitewater during the 2009 and 2010 National Champioship seasons. Outgoing Director, Dick Rundle, concluded a career in which he developed the WFCA into the most respected and emulated Football Coaches Association in the Country.